"Lemma is too modest to admit she can strip and repair an AK47, but I know she has a great eye for a frock." – Patrick H. 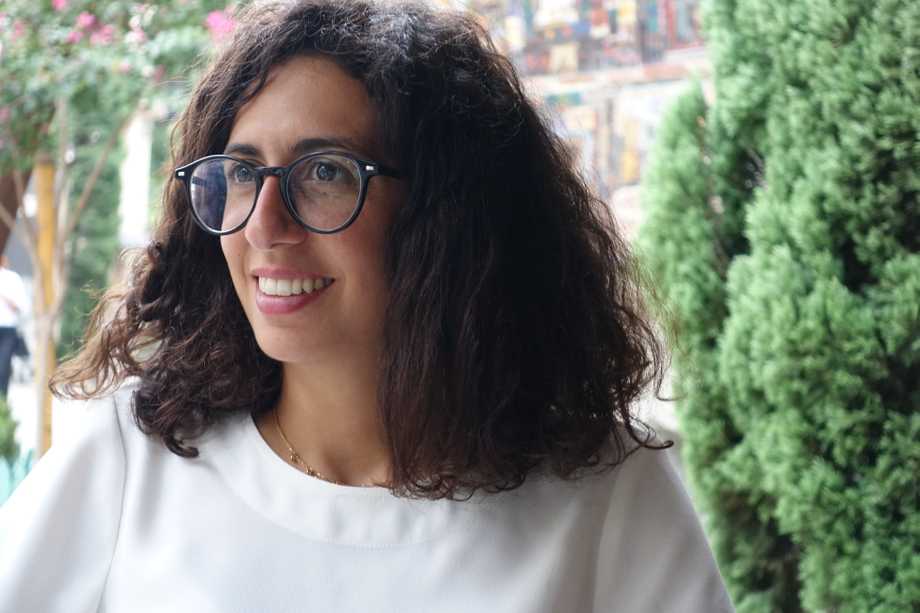 I am a journalist from London covering international current affairs and culture. As a longform writer, I love to tackle new subjects, from the reconstruction of heritage sites after the earthquake in Kathmandu to a rift in Syria's presidential palace.

In 2019, I won the Rupert Cornwell Prize for foreign journalism to write a series of features on the Yezidis, a religious minority living in the Caucasus, for The Independent. My article on the opening of a Yazidi temple in Armenia was longlisted for a One World Media Award 2020.

From 2013-2019, I was an arts manager with the Ruya Foundation, which supports contemporary culture in Iraq. My favourite project was launching Iraq's first drama therapy production in Baghdad. My most challenging one was producing a series of educational art books in Arabic.

I was part of the commissioning team for four editions of the Iraqi Pavilion at the Venice Biennale (2013-2019), which included collaborations with contemporary artists such as Ai Weiwei and Francis Alÿs, and the Iraq Museum in Baghdad. I was a nominator for the Victoria and Albert Museum's Jameel Prize 2020, an international award for contemporary art and design inspired by Islamic tradition.

My features and essays on culture, architecture and design have appeared in Disegno, Guardian Cities, The National, Icon, Harper's Bazaar Art Arabia, and Port Magazine, among others. I have covered international news stories for Al Arabiya, The Independent and BBC Radio 4's From Our Own Correspondent.

Not that long ago, I read 18th c. Romantic literature and philosophy.

Etel Adnan's California-inspired paintings will continue to shine bright after her death, The National, November 2021

How historic carpenters of Tripoli are carving out a survival plan for traditional Lebanese woodwork, The National June 2021

Tripoli's orange blossom and others smells BBC Radio 4, From Our Own Correspondent, March 2021

Talking History: How some Turks and Armenians are seeking to overcome years of conflict The Independent, March 2021

Sweet bread, apples and the tree of happiness: Yazidi weddings bring persecuted community together, The Independent, May 2020

Too little, too late? The battle to save Tripoli's futuristic fairground, The Guardian, January 2019

The Clock and The Hunchback: can Mosul's cultural heritage "revive the spirit" of the city?, Disegno, Summer 2021

'The Sound of Broken Glass': new film explores the lives of Beirutis in the wake of blast, The National, August 2021

New Beirut sculpture to honour victims of port explosion, but responses are mixed, The National, July 2021

'This story isn't about refugees, it's about outsiders': Burhan Qurbani brings fresh take to classic 'Berlin Alexanderplatz', The National, February 2020

The politics of architectural heritage preservation in Syria, Disegno, September 2017

My filming of the opening of the world's largest Yazidi temple in Armenia for The Independent, 2019

I produced and directed two short documentaries for the Ruya Foundation with the wonderful Sariel Heseltine:

'Fatherland' the Iraqi Pavilion at the 58th Venice Biennale, Venice, 2019

'Archaic' the Iraqi Pavilion at the 57th Venice Biennale, Venice, 2017

Restaging of 'Invisible Beauty' at the Erbil Citadel, Erbil, 2017

'Invisible Beauty' the Iraqi Pavilion at the 56th Venice Biennale, 2015

'Welcome to Iraq' the Iraqi Pavilion at the 55th Venice Biennale, 2013

The fragility of Armenia's largest ethnic minority The Independent, October 2020

Syrian tycoon Rami Makhlouf warns of an abuse of power by security services in new video Al Arabiya English, May 2020

‘Our community was dying out’: Yazidis struggle to find an identity in post-Soviet Georgian landscape, The Independent, December 2019

'We are drifting away from democracy': Protests grip former Soviet Republic of Georgia, The Independent, December 2019